Tropicana’s 12th Annual Taste of the Quarter raises $20,000 to benefit the United Way of Greater Philadelphia and Southern New Jersey. 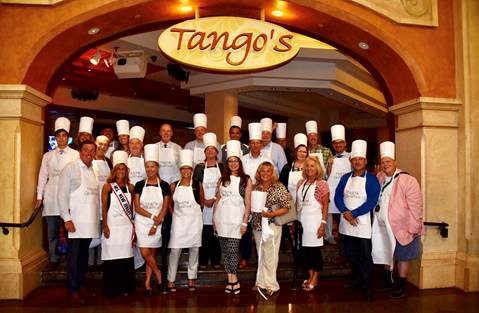 “Each year we are tremendously grateful to all who participate in, and donate to, Taste of the Quarter,” said Jason Gregorec, General Manager of Tropicana Atlantic City. “I am delighted to say Tropicana will donate $20,000 to the United Way of Greater Philadelphia and Southern New Jersey. It has been a privilege to come together in support of a very deserving organization.”

“Poverty is the intractable issue of our region, and that’s simply unacceptable,” said Bill Golderer, President and CEO of United Way of Greater Philadelphia and Southern New Jersey. “Our United Way is committed to fighting poverty with scalable, proven solutions – and we can only do that when we have the right partners at the table. We’re grateful for collaborators in that work, like the Tropicana, whose Taste of the Quarter event exemplifies our community taking action, stepping into the roles we each have to play to uplift our communities, and showing that we always do more when we come together around a common cause.”

Thank you to all of our participating celebrity chefs, organizers and partners.

About the United Way of Greater Philadelphia and Southern New Jersey

Must be 21. Gambling Problem? Call 1-800-GAMBLER. For more information, visit www.tropicana.net or:

Founded in 1973 in Reno, Eldorado has been dedicated to providing exceptional guest service, a dynamic gaming product, award-winning dining, exciting entertainment and premiere accommodations. Our extensive management experience and unwavering commitment to our team members, guests and shareholders have been the primary drivers of our strategic goals and success. We take pride in our reinvestment in our properties and the communities we support along with emphasizing our family-style approach in an effort to build loyalty among our team members and guests. We will continue to focus on the future growth and diversification of our company while maintaining our core values and striving for operational excellence. For more information, please visit www.eldoradoresorts.com.